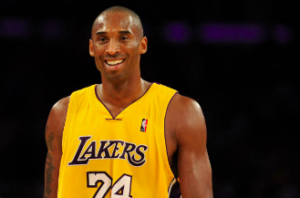 With the high school season in full swing and post season right around the corner, the spring AAU season will quickly follow.  Many parents with young athletes are new to AAU and those that have played in the AAU system know there are many options out there.  To you help you decide what program is right for you and to provide an overview of what is out there, I thought it would be useful to resurrect an overview of AAU basketball that I posted a few years ago. The EYBL and other sponsored leagues will be left for another discussion as most of of the athletes in our community will be playing in the AAU system.

It was back in 2016 when Los Angeles Lakers star Kobe Bryant opened up about his disdain for AAU basketball and how basketball players are developed in the United States. Although he has since passed away, his views and comments are still worth taking a look at. Below are his comments:

“Teach players the game at an early age and stop treating them like cash cows for everyone to profit off of.”

“That’s how you do that. You have to teach them the game. Give them instruction.”

As someone that has been involved with teaching athletes for over 30 years, I have my own opinion on the topic of development of our young athletes. It’s a much broader topic than what Kobe touched on, but what he had to say is important, was necessary, and had some level of truth to it.

I’m going to share with you a summary of what I see in our own community. It is not my intent to be critical of specific organizations, clubs, trainers, or anyone else involved with our youth, so I am not going to talk about any of these by name. Rather, I am simply going to summarize what I see as what’s going on.

CYO – I once got into a bit of hot water years ago with many people in my community because I made a comment on a local sports television show how I thought that CYO was a “necessary evil” in the world of youth basketball. I talked about how CYO programs were, for the most part, using mom and dads volunteering their time to coach our kids and that they usually had little or no experience as to how or what to teach. Although it was a bad choice of words, my opinion of CYO is unchanged. The CYO programs in our community are great programs and provide countless athletes interested in basketball a structured place to be introduced to the game, practice, develop their skills, and play competitively. However, they do rely on volunteer parents to “coach” our kids. It’s a big time commitment for them and most of them do a great job. My comments were aimed strictly at the fact that some of the volunteers, although doing a great service in the community, lack the tools and experience necessary to actually teach the fundamentals of the game at a time that skill development is so desperately needed.  One thing is crystal clear though, CYO has been sorely missed since it was shut down in our community due to the pandemic.  It has left such a big void for all those younger athletes that have begun to fall in love with the game.

AAU – Kobe Bryant shared his disdain for AAU programs.  However, it may be a little unfair to the many organizations that do a great job. There are many clubs in our community. Here is how I would break them out.

So there you have it. I could go on for hours on this topic. And may expand on some things in another post. But Kobe made some great points. They are just points that don’t have to apply to everyone and every organization.

Hope this helps as you sort through the many great programs in our community to find the best one for your athlete!