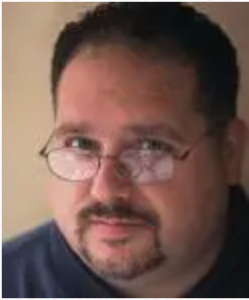 It certainly seems like more than eight years ago when Hudson Valley Sports Report first came on to the high school athletics scene, but that’s because Rich Thomaselli has been around a lot longer than that. I remember Rich covering sports while he was at the Poughkeepsie Journal when I first started coaching the Our Lady of Lourdes Boys Varsity Basketball team back in 1989. That’s a long time ago and high school sports coverage, in fact ANY news coverage, was very different back then.

Coaches, players, families, and fans relied almost exclusively on paper content and local news programs for their daily dose of information. As a coach, I would look forward to reading about high school sports, basketball specifically, in the Poughkeepsie Journal. I remember watching programs like News Center Six and Charlie Cornacchio’s 1/2 hour sports show. There are too many other papers and programs to remember and mention! And as much as I enjoyed reading and watching stories about my program and stories about my peers, I know it meant much more to the athletes than it did to us.

Yes, it has always been about the athletes. They worked hard back then and work hard today. And although the motivation that drove them had little to do with what was written or recorded about their success, I always enjoyed seeing the reaction athletes had to the coverage the day after the game. Listening to teammates talking about what was or wasn’t written in the paper, said or not said on TV, was special.

Although the medium has changed, and the reactions of those athletes are now measured in terms of “likes,” Rich’s passion did not change. Rich recognized the gradual shift in coverage, as it was happening, and the types of coverage that our teams and athletes were receiving. As a former athlete himself, Rich knew that, although it had nothing to with the motivation of an athlete, covering their successes, and failures, were important to them. It is part of that post game “rush” that athletes get after they compete. That need was the impetus behind Rich’s baby (as he calls it). Hudson Valley Sports Report (HVSR) was born. There is and was nothing dedicated solely to high school athletics like Rich.

For the last eight years, Rich has been following athletes and teams, writing about them, and managing all of the behind the scenes stuff that went on to keep HVSR moving. What he did began way before game time and ended long after the final buzzer sounded, clock expired, or whistle blew. He did it daily. He did it tirelessly. He did out of passion. He did it out of love for journalism. He did with little or no regard to his own health and well being. And he did it out of love of the athletes’ commitment, hard work, and devotion to their sports. It was a Herculean effort that few can ever appreciate. It has now come to an end.

So on behalf of all of those athletes, teams, coaches, and schools that Rich included in his sports report — we THANK YOU.

We will miss it.